primion will equip the large infrastructure project of Terminal 3 at Frankfurt Airport with systems for access control, time recording and the gate management system. 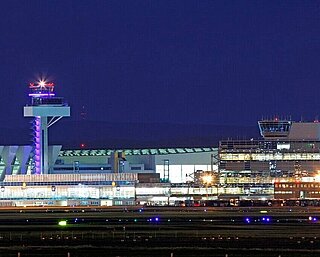 Fraport AG, the company that operates Frankfurt Airport, has now signed the contract with primion Technology GmbH to equip the new Terminal 3 with systems for access control, time recording and the gate management system. The contract is worth just under EUR 4 million.

Terminal 3 has been under construction since 2015 in the south of Frankfurt Airport and is one of the largest infrastructure projects in Europe. 19 million passengers will arrive and depart here after the completion of terminal building and its three piers, stroll through the marketplace or relax in the lounges. It is scheduled to go into operation in 2026. (Source: www.terminal3.info)

Last year the EU-wide public tender with a competitive bidding process was carried out. The access control systems and hazard detection systems from primion secure important areas at Frankfurt Airport.