Azkoyen Group acquires one of the leading European manufacturers of traditional premium espresso machines and accelerates the Group's international growth. 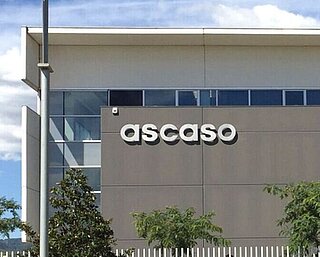 Ascaso is a traditional family business based in Barcelona that has been manufacturing high-quality espresso machines since 1962. José Luis Ascaso, son of the founder and current CEO, will continue to accompany the company.

The acquisition of Ascaso enhances the Azkoyen Group's coffee business, which already accounts for 75% of the Coffee Vending Systems division's turnover. Ascaso is present in international markets such as Southeast Asia (China and Korea), Europe (Spain, France, Germany, and the UK) and North America (Mexico, Canada, and the US). The acquisition strengthens Azkoyen's leading role in the OCS, Horeca and Vending segments and completes its range of automatic and semi-automatic coffee machines. Azkoyen is thus one of the few complete suppliers worldwide.

Juan José Suárez, CEO of the Azkoyen Group: "The acquisition of Ascaso opens up new potential for us through manufacturing excellence and product innovation. We have very ambitious plans here and we are sure that the employees and the CEO of Ascaso will drive these goals through their talents and enrich the Azkoyen Group".